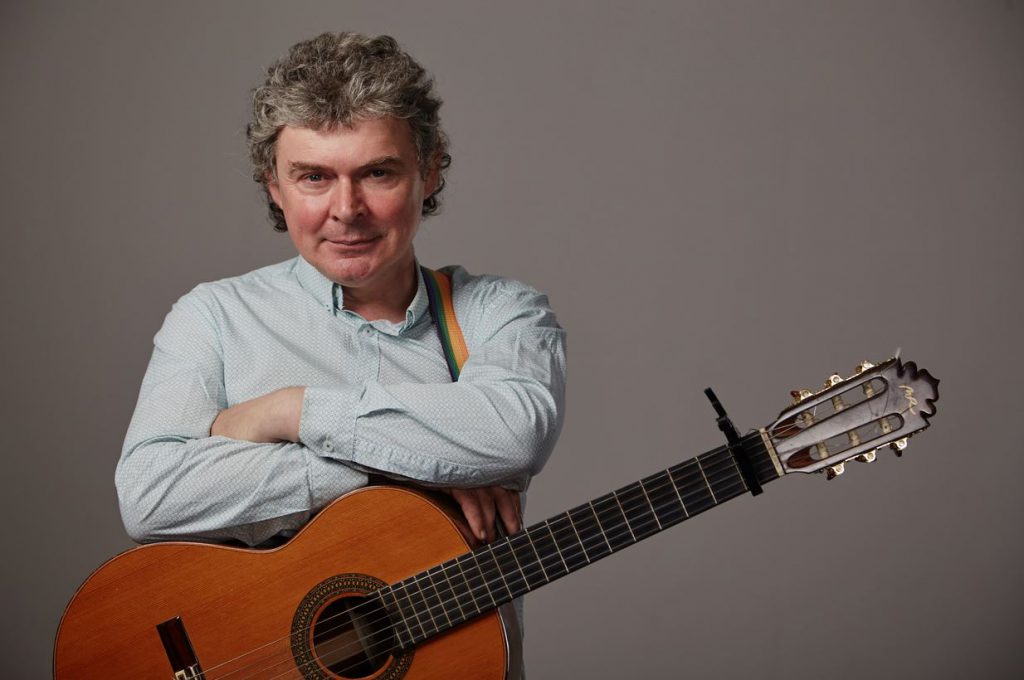 For more than 35 years, the songs of John Spillane have provided a musical background to life in Ireland. They have been performed by such luminaries as Christy Moore, Sharon Shannon, Sean Keane and Mary Black, but it is John himself who brings these special songs to life in his memorable and moving live performances. GLAS regulars will recall his previous visit to Geneva, when he performed with The Voice Squad in 2015. We are thrilled to welcome him back for a full solo show on Thursday 13 December.

John has sold over 100,000 albums in Ireland and was named “Best Folk Act” and “Best Traditional Act” at the Meteor Irish Music Awards. He has performed all over the world: throughout Europe, in the USA and Canada, Australia, Zambia, Senegal, China and Japan. Don’t miss this opportunity to see him in the initimate setting of the Lutheran Church, at the edge of Geneva’s Old Town.

All proceeds will go to the Edith Wilkins Foundation for Street Children in Darjeeling, India.

“John’s songs have become a precious part of my repertoire. In particular, Gortatagort and Magic Nights in the Lobby Bar are among my favourite songs in a lifetime spent singing” – Christy Moore

“John’s songs are the heart and soul of our island and they’ll be sung around the world for as long as there is song.” – Damien Dempsey

“The talented and inspired Cork singer songwriter John Spillane is a much-loved musician whom the people of Cork have taken to their hearts.” – Mícheál Ó Súilleabháin

← Sharon Shannon plays up a storm
John Spillane: was he brilliant or what? →
X