John Spillane: was he brilliant or what?

“There was a touch of magic here tonight.”

That’s how one smiling punter summed up our evening last night with the great John Spillane in the simple setting of the Lutheran Evangelical Church in the heart of Geneva’s old town.

The acoustics were great and you could savour every chord of his beautiful guitar playing, notably when he took off into a harp-like rendition of Carolan’s Welcome as he concluded his new song in honour of the blind harpist from Leitrim, O’Carolan, Ireland’s national composer.

John comes at life from a different angle to other mortals. There was a hush in the room as his plangent guitar met with his husky Cork voice to carry across songs freighted with love, life and humour derived from unexpected places and sources of inspiration.

His repertoire is populated with characters like Molly Bawn O’Leary a busker from the county Tipperary “with lipstick on her gob” who left him in the lurch on the streets of Clonmel; The Dunnes Stores Gir or the leaders of the Easter Rebellion in 1916 in The Streets of Ballyphehane where the roads are named after many of them. 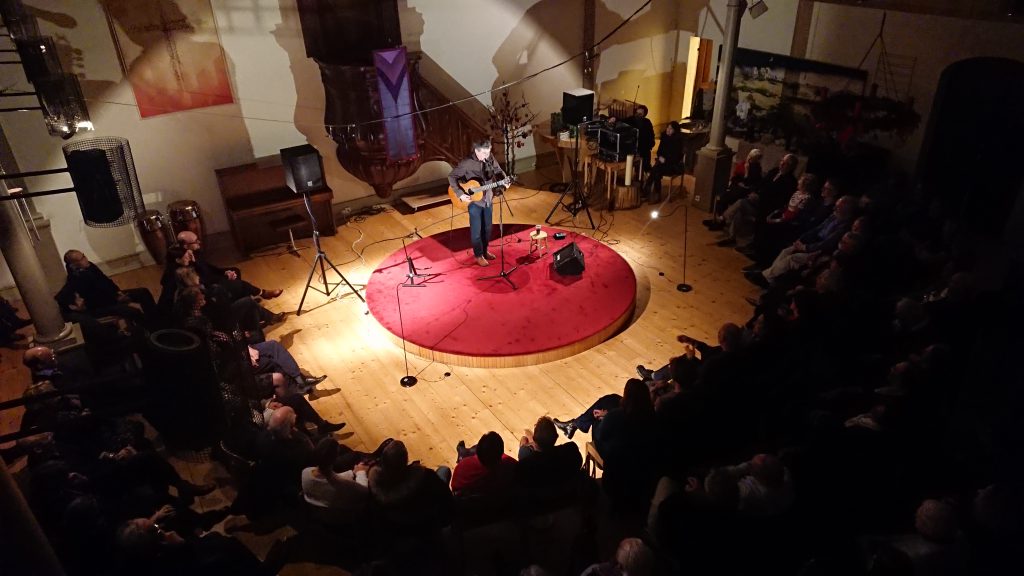 His love of the Irish language is another of his trademarks, and many of us were pleasantly surprised at how the lyrics of songs we sang in school came back to us under his gentle tuition. And he had the whole audience stomping along to a rousing version of  Óró, sé do bheatha ‘bhaile as the evening came to a close.

His warmth, humanity, and humour could not fail to win over an audience. He closed the evening by bringing us into the world of one of Cork’s great music venues, sadly closed, with Magic Nights in the Lobby Bar…”we were children and our mothers were young and fathers were tall and kind”.

Hard not to love the guy. This GLAS sponsored event raised Swiss Francs 4,000 for the Edith Wilkins Foundation for Street Children in Darjeeling, India, where they do great work rescuing children from all forms of abuse in a notorious centre for child trafficking.

We wish John well for his big gig on Sunday in the Everyman Theatre in Cork city, an annual event for the last 21 years. 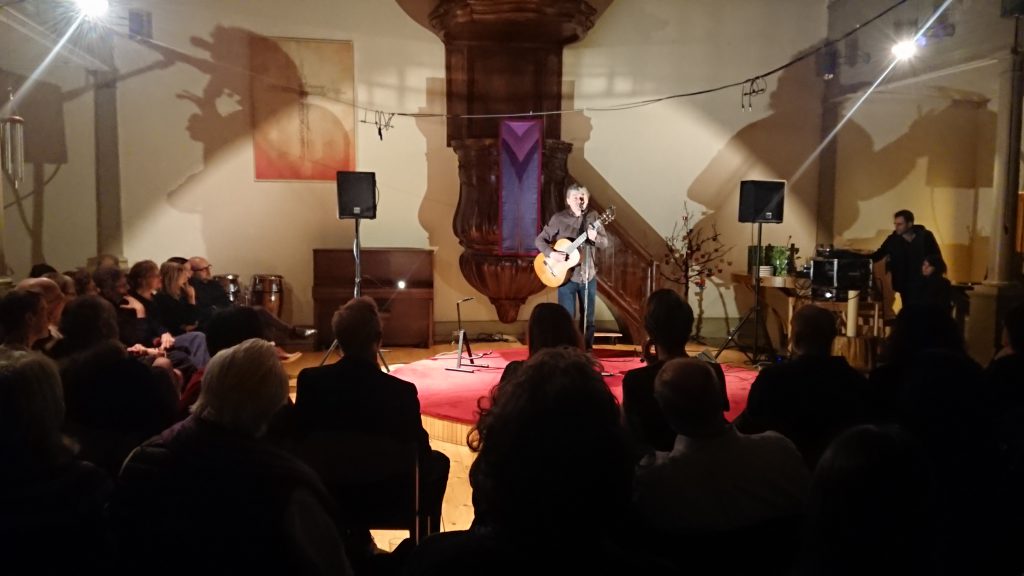