Giving something back to Gaza

In the year of the hunger strikes in 1981, I spent a month travelling through Palestine and Israel. I made my way to the Gaza Strip though it was under lock down and no journalists were allowed to enter. I joined several people in the back of a spacious Arab taxi leaving from East Jerusalem. Whatever checkpoints there were, we passed through without problem and then we arrived in Gaza where I had no real idea what I was going to do about accommodation as I looked for stories.

The first person I met on the street in Khan Yunis insisted that I come and stay with him and his family and share their food and shelter for as long as I wished. At that time there was no Hamas, no suicide bombers…all phenomena that I believe are the result of a brutish and illegal occupation which has driven many of the youth of Palestine towards extremism which contributes to the cycle of violence and provides cover for Israel’s war crimes and targeting of civilians in its military operations. Israel’s clear strategy is to make life as difficult as possible for the Palestinians in order to force them to leave and abandon the land of their birth. Leaving it they become stateless and illegal.

My experiences visiting Arab villages now occupied by Israeli families and being shown the keys to homes by refugees who would never return, all came back last night listening to Rafeef Ziadah‘s powerful and moving testimony to the suffering of the Palestinian people. Her own grandparents were forced to leave Haifa in 1948 in an event commemorated as the nakba or catastrophe every May. She herself grew up in a refugee camp in Lebanon and only managed to obtain a passport recently. Life is hard for the stateless, the homeless, the “illegal” human being.

Despite the Champions League final, the Caves Ouvertes in Geneva, and several other competing fixtures, the Lutheran Evangelical Church was literally packed to the rafters last night for Rafeef, accompanied by a fine singer and musican Phil Monsour from Australia. GLAS has decided to give the CHF 2,000 raised to the Gaza Music School. The young musicians there are currently waiting for the Israelis to give them permission to travel to Brighton where they are scheduled to play in two weeks’ time. We hope they make it.

> Rafeef Ziadah was launching her new album We Teach Life.

All photos by Lars Solberg. 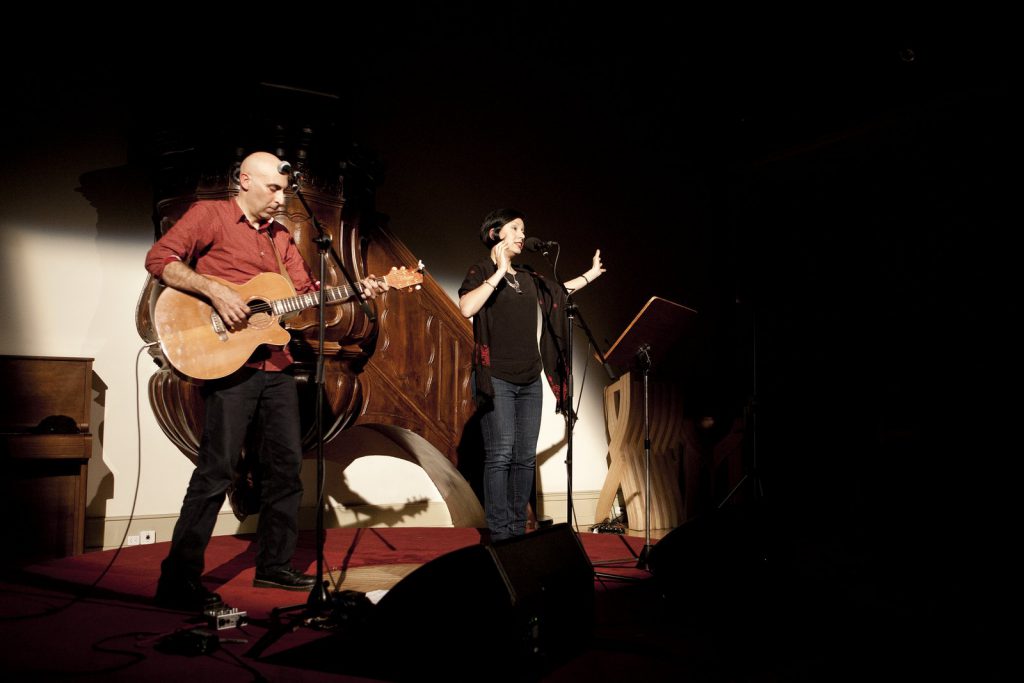 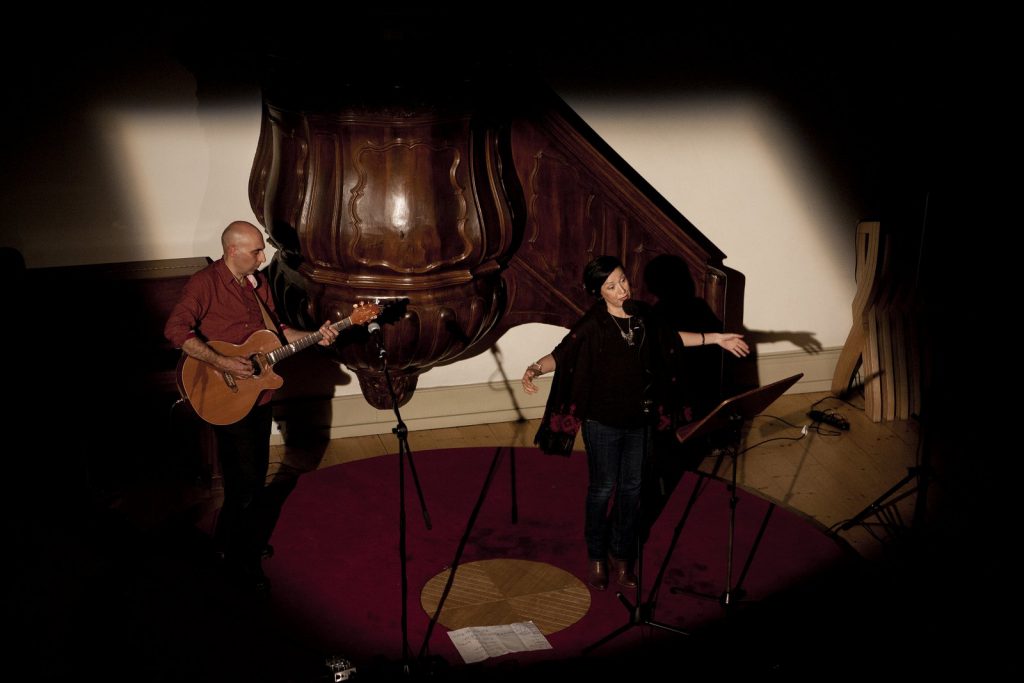 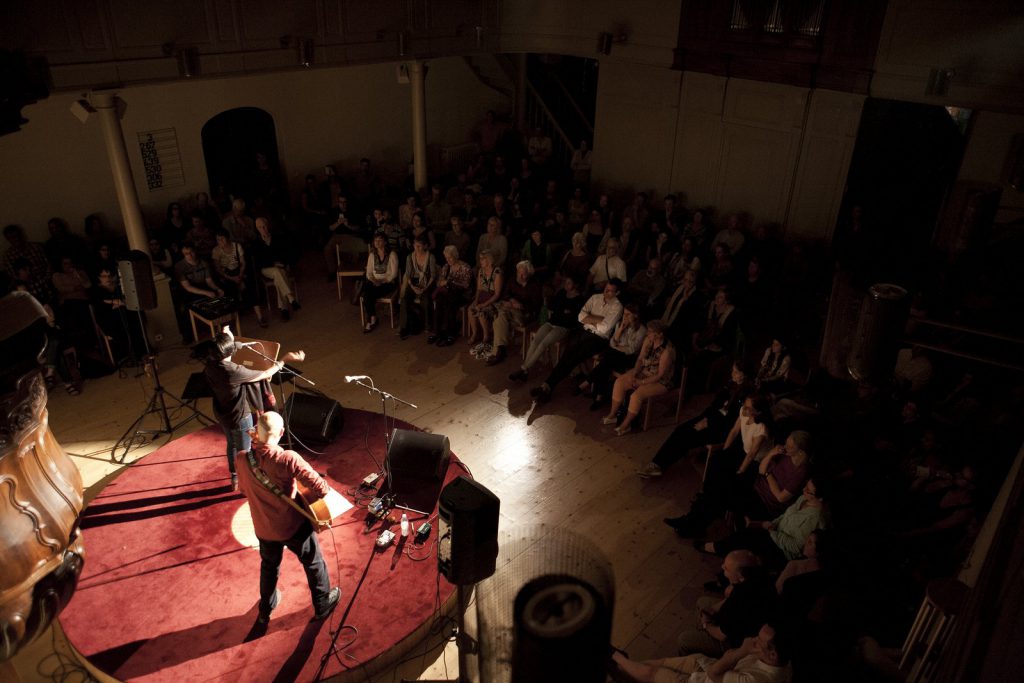 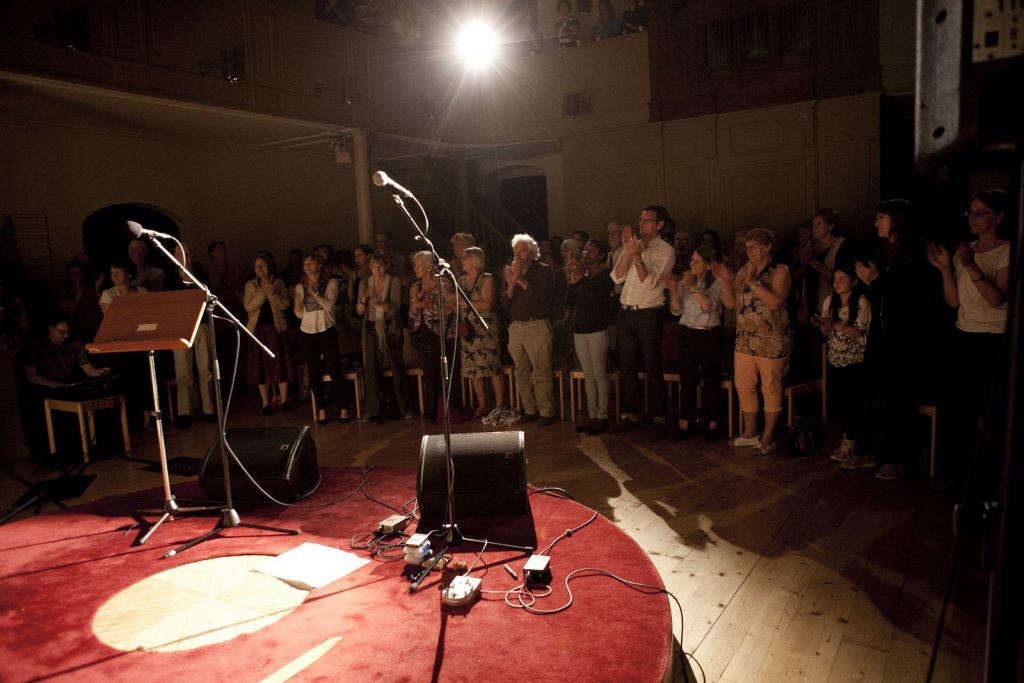 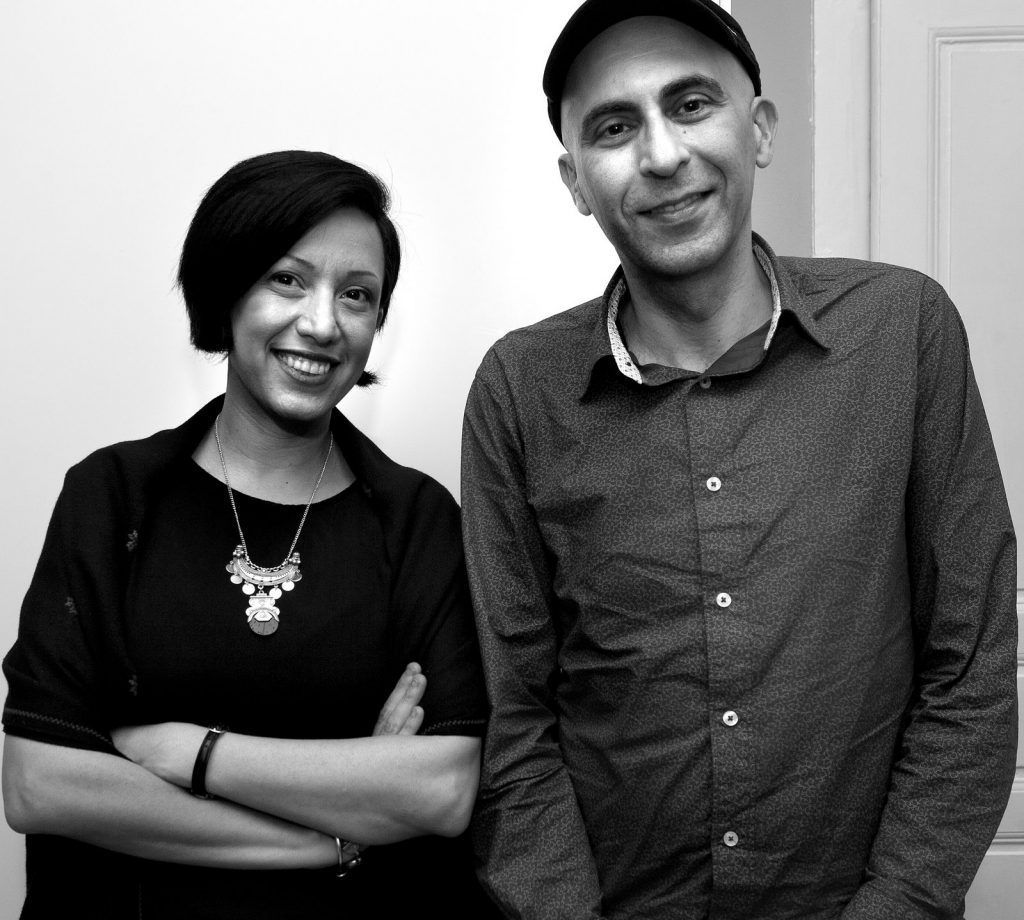 Rafeef Ziadah and Phil Mansour before to their performance in Geneva on 29 May 2016 (Photo: Lars Solberg)