A new road opens for GLAS in Geneva

New Road turned the GLAS Aula venue into a steamy swamp of deliriously joyful music on Saturday night. Not since the heyday of the Bothy Band and Planxty have I been so mesmerised by a group of Irish musicians revelling in the tradition but mixing it up with something else. That something else was partly embodied by Sligo-based Rick Epping from California (ex-Pumpkin Head) and his virtuosity on the jaw harp, harmonica, concertina and his wonderfully quixotic choice of songs from times long ago. Band leader Leonard Barry is in a class of his own when it comes to his mastery of the uilleann pipes. Andy Morrow, a great fiddle player from Leitrim, is an essential part of this trio which has created their own unmistakeable groove.

On this occasion their playing was embellished by Fionnuala Kennedy on five string banjo who stepped in at the last minute when Cathy Jordan of Dervish-fame was unable to travel because of a really bad back. In an email, Cathy said it was only the second time in 25 years that she had been forced to cancel a gig but has promised to play a GLAS gig in the near future. The fifth member for the evening, Shane McGowan is a wonderful guitar player and singer who gave great renditions of Sweet Thames Flow Softly and I’m a Man You Don’t Meet Every Day.

All in all it was a brilliant night. As people filed into the Aula they were welcomed from the stage by the awesome uplifting sound of seven members of the Pipes and Drums of Geneva which celebrated its 40th anniversary this year.

We had a full house which raised CHF 6,000 for the Edith Wilkins Foundation for Street Children in Darjeeling. This is a very worthwhile cause for anyone looking for a charity to support this Christmas. Thanks everyone for coming. 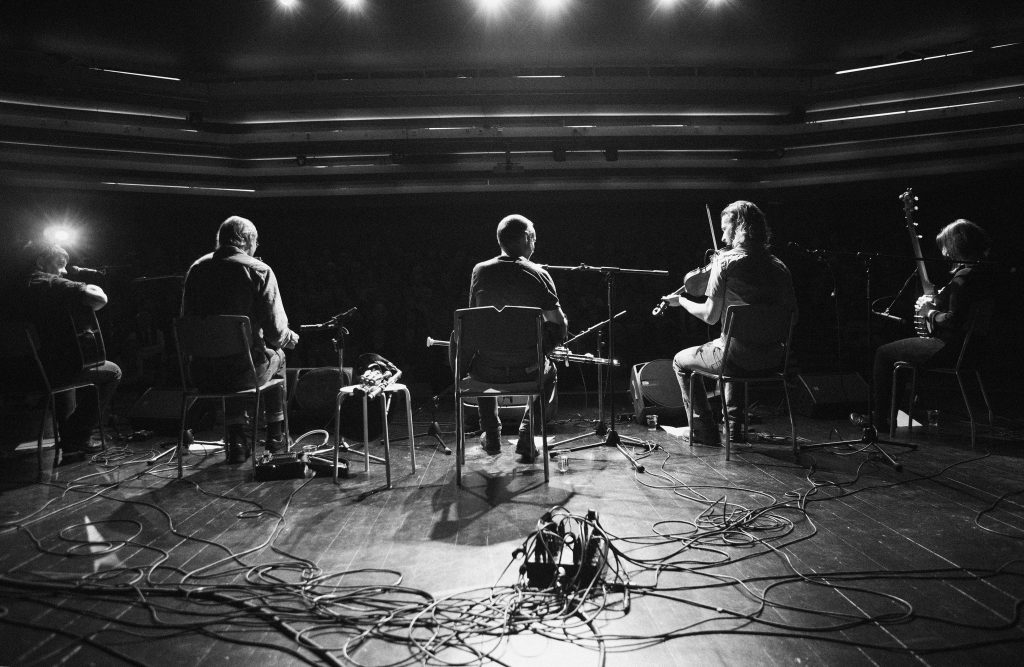 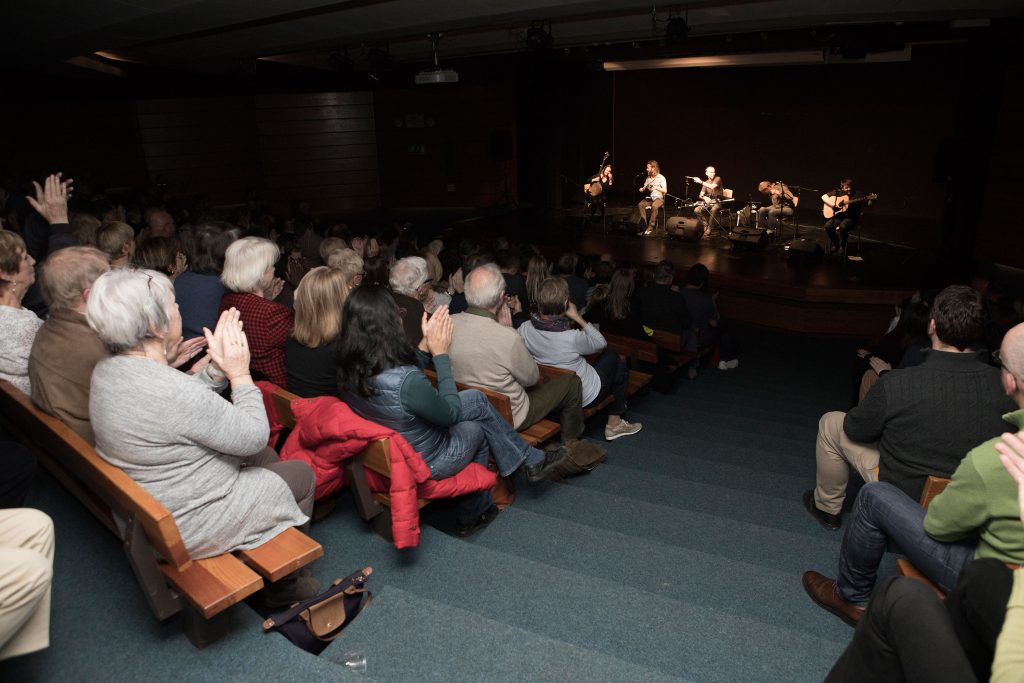 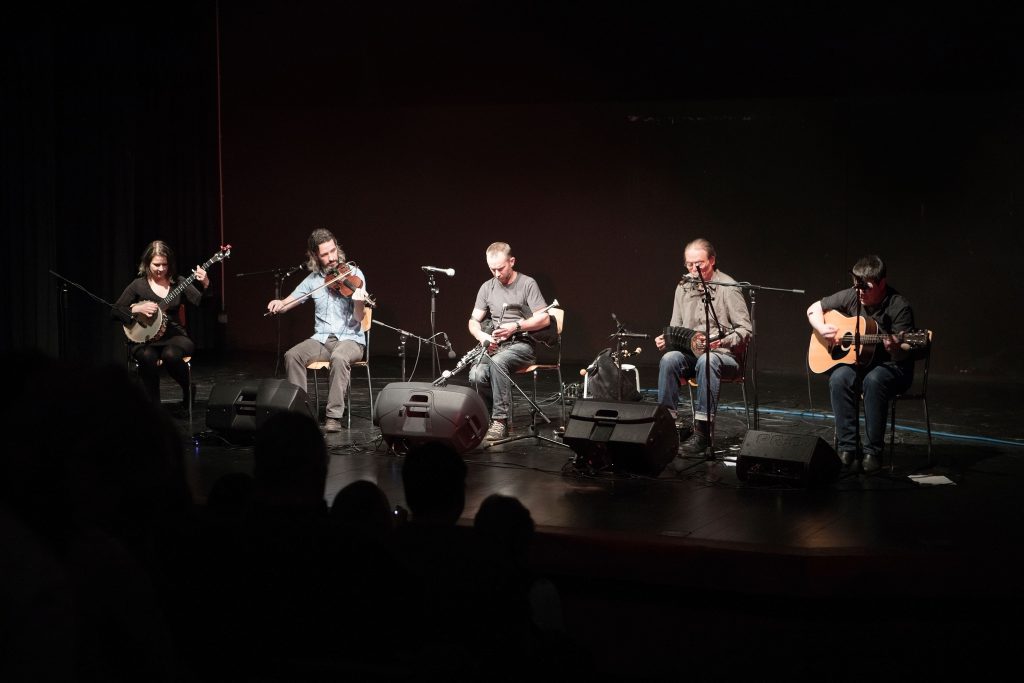 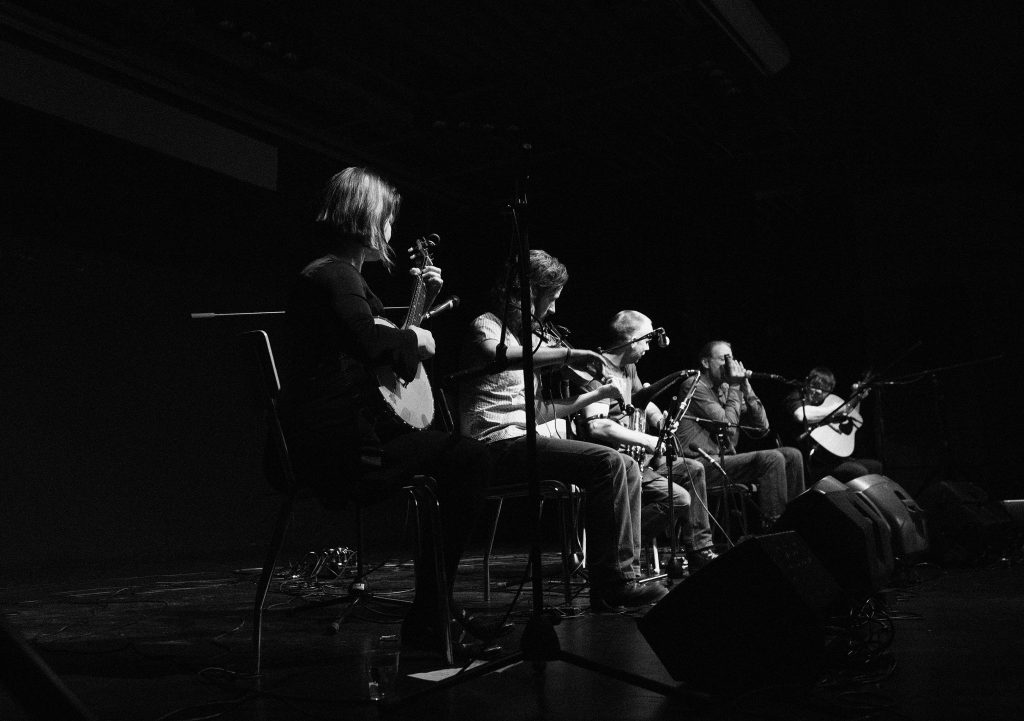 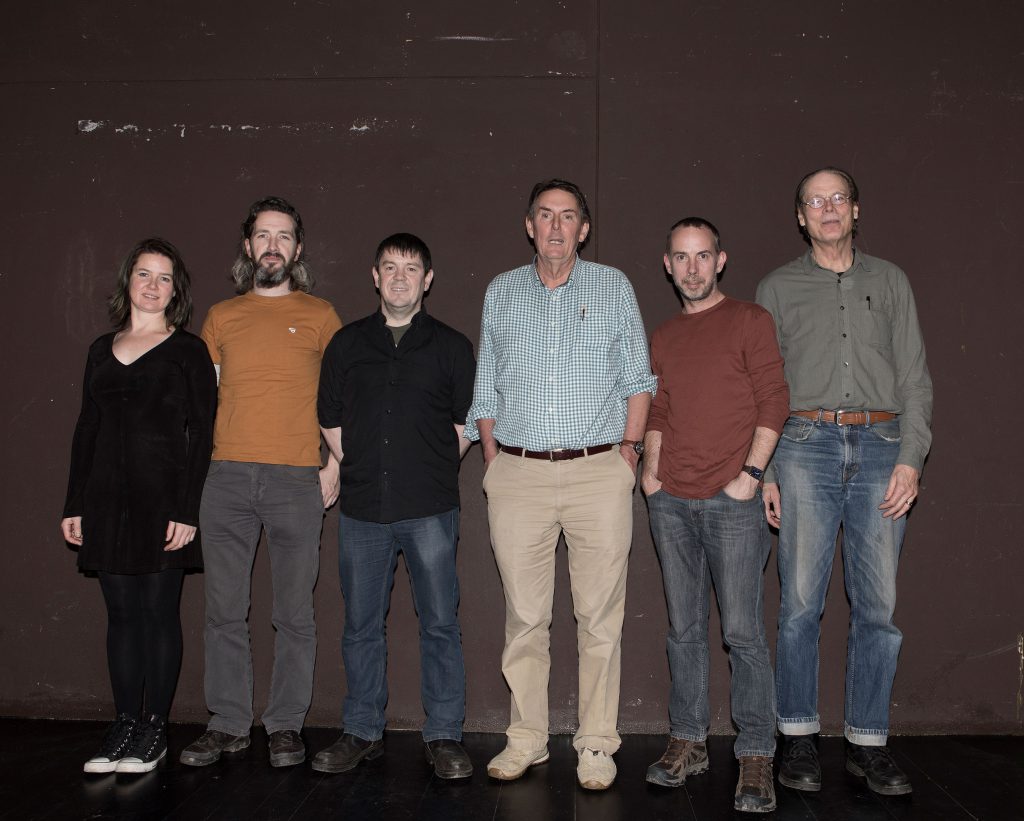 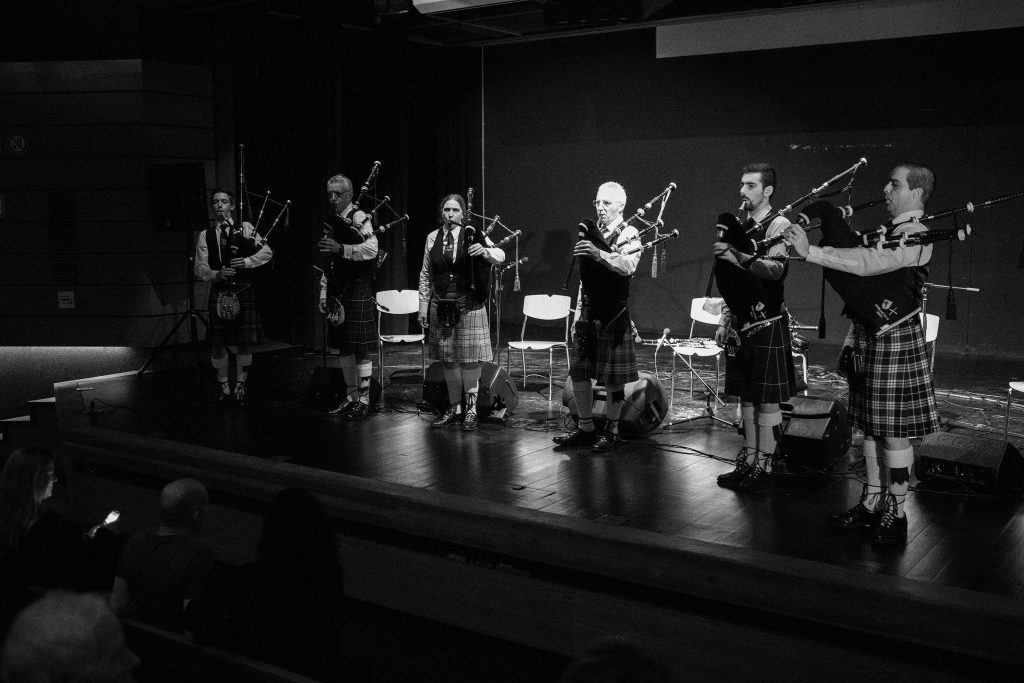 Members of the Pipes & Drums of Geneva.